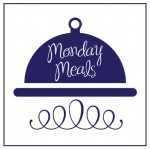 Monday – Leftovers from the weekend Tuesday – It’s my husband’s birthday so he wants to go to Olive Garden and I’m fine with that! No dishes for anyone! I will however be making a banana cream pie for him for dessert one of these days. Wednesday – Breaded Flounder, Cheddar Broccoli Rice and Cheesy […] 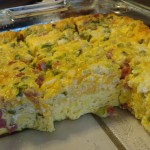 This is great for a brunch with company, a shower, or just for having breakfasts for an entire week! We cut these into good sized squares and ate them for breakfast all week with toast. It was delicious!

This week should be much better since I’m finally starting to feel better. I spent the weekend hacking up a lung and feeling super stuffy. And I think I’ve hit the third trimester sleepies. I’m tired all the time again. I’m looking for new recipes to put in the mix and I’ve even looked into […] 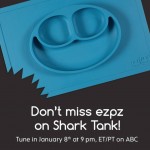 A little over a year ago, I purchased this thing called the EZPZ mat. If you’ve followed my journey here, you’ve probably heard me talk about them. Since that purchase, EZPZ has released several more products and I have tried just about every single one of them (seriously, the snack mat is the only one I don’t own). I never knew what I was getting into. Now, I’m obsessed with them and I tell everyone about them because they are life changing, at least they were for us. 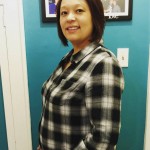 Today I am 28 weeks, which is officially the start of the third trimester. That’s so exciting and scary at the same time! The last trimester was when it started to get rough when I was pregnant with Leilani.

2016, 2016, 2016 – I need to get used to that. I ended up making so much food over the weekend that we will have leftovers for days! We have leftover steak/potatoes/creamed cauliflower, beef stew/rice, chicken dumpling soup and a few other random things. Also, we have egg bake for breakfast every single morning this […]