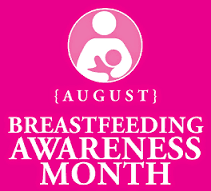 In honor of National Breastfeeding Month, I’m going to talk about nursing tanks. Because, why not?

Everyone told me that I needed to get some nursing tanks after having Leilani. I tried. But everything I bought just didn’t fit right. Everything had a shelf bra in it and it was never big enough for ‘the girls’ and I felt like I had cleavage for days and a giant uniboob. I was so jealous of my friend who showed up to dinner once in just a nursing tank. On top of that, I’m cheap. I did find some that were made for bigger chested women, but they were expensive! Then I ended up exclusively pumping and it didn’t mean that much to me. It meant more to have a really good pumping bra!

I’ve said it again and again – I really wanted to nurse with Landon so I tried super hard and fought through all of the obstacles. I had gotten a few nursing bras and nursing tanks from a package that I won so I tried a few out. I found a few that worked for me but I always had to wear a nursing bra under the tank top. It’s not that big of a deal, until you are in public and your kiddo wants to eat and is screaming and you are working on unclasping your tank top and then fumbling to unclasp your bra underneath a cover, all while people are staring at you and the kid. won’t. stop. screaming. Eventually it gets a little better but it’s still a struggle sometimes.

I received product in exchange for sharing my personal opinion with you and was not financially compensated. My opinions are 100% my own. Full disclosure here.

I came across a company that had a different sort of nursing tank. The company is Undercover Mama. Their Basic Essential tank intrigued me so I had to try it out. It’s basically a tank top without straps, that hooks onto your nursing bra! So you get the convenience of a nursing tank, but with the support of a bra and no extra straps anywhere. The best part? There is no shelf bra to get in the way! So when I go to feed my son, there is only 1 clasp to undo. It’s easy to use and I can’t even come up with the right words to tell you how much I love it.

The first thing I said after putting this on was, “WHERE HAVE YOU BEEN ALL MY LIFE?” My husband laughed at me, but seriously, this is a no-brainer! The only thing that took some getting used to was the tightness. You are supposed to size down a size when you order so that it doesn’t keep sliding down. It does help suck in some of the problem areas after having a baby though, so that’s nice. It comes in so many colors and there are even some that have a lace bottom for added length and that beautiful, feminine layering effect!

It doesn’t have to be just a nursing tank either. I could wear this as a layering piece in the future and attach it to my regular bra with the alternative attachment option (so there are less straps)! I think this will be a staple in all future gifts for breastfeeding friends!

In one of my previous posts, I talked about the two shirt method. I didn’t really explain it very much so I’m going to explain it now. Also, the image from Undercover Mama’s website gives you a perfect visual as to what it is. Not everyone cares or is self conscious about their stomach showing when they nurse. I, however, don’t want my blubber hanging out for the world to see. So the two shirt method helps this. The first shirt underneath should never move from the bottom. You should be able to pull it down from the top. So it will keep covering your stomach while the top layer is pulled up to reveal your breast to baby. Hope that helps! Happy feeding mamas and Happy National Breastfeeding Month!