We just set up an awesome playroom for the kids. We took our formal dining room and made it into a soft, cushy playroom with some foam floor tiles and all of their toys. They love it, we love it, and it makes getting stuff done actually doable. Today however, I am living a shitty nightmare. Shit. Everywhere.

I have off of work all week and I was so excited to spend some time with just the kids!

We had an awesome lunch, both kids were happy and full so I put them in the playroom to play while I got the dishes done. I take Leilani to go potty (she was wearing a Pull-Up because we are working on potty training). She goes, and then I put her back in the playroom. All is well. They are giggling, playing and having a great time. So I went to town on getting some dishes done and picking up in other rooms when all of a sudden…I smell it. Poop. But not like the poop smell when there is poop in a diaper, poop smell like it’s right out in the open. I run over and ask Leilani if she pooped, she nods her head yes and I go to pick her up. But my hand gets a squishy feeling under it. And that’s when I see it. Poop. Up the back, on her pants, on her hands…everywhere. I quickly run upstairs and get her in the bathroom. Got her as cleaned up as I could and threw her in the tub all while having a flash of fear go through my head. I run downstairs and grab Landon and take a quick look at him and the playroom. 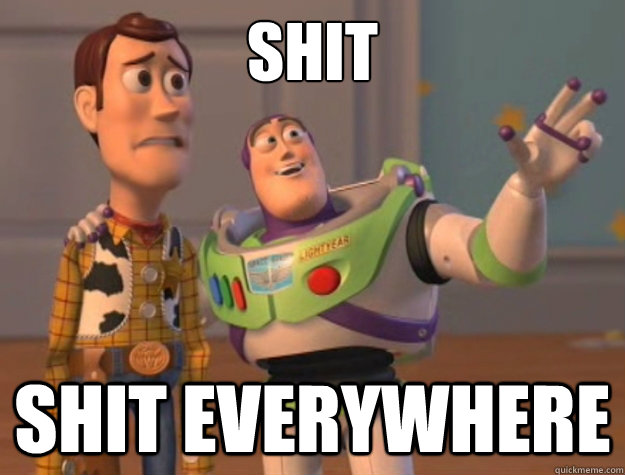 I run upstairs, strip his clothes off of him and plop him in the bathtub next to his sister. I think I got them cleaned up in record time. As soon as they were dressed, in footy pajamas I might add, I got them ready for their afternoon nap. Leilani fell asleep right away and Landon took some convincing that he was even tired. Then I called my husband. I swear he was laughing at me the entire time because he got to be at work today while I cleaned up shit. I don’t know why these things always happen when he isn’t home, but they do. And I hate him for that.

I got a garbage bag out, some rubber gloves and my Clorox wipes. And then I took a look at the damage. At this point, my entire house smelled like shit. 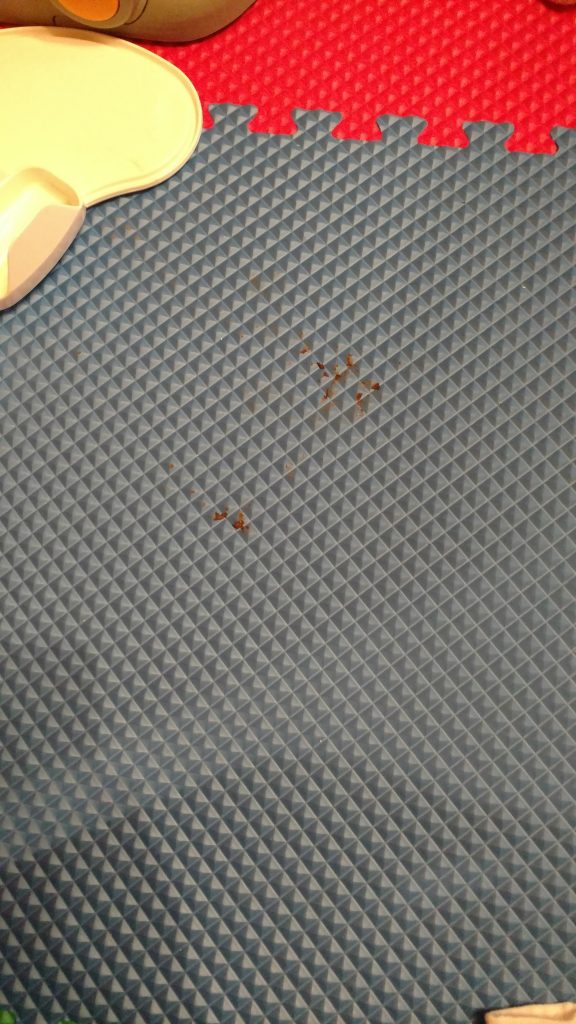 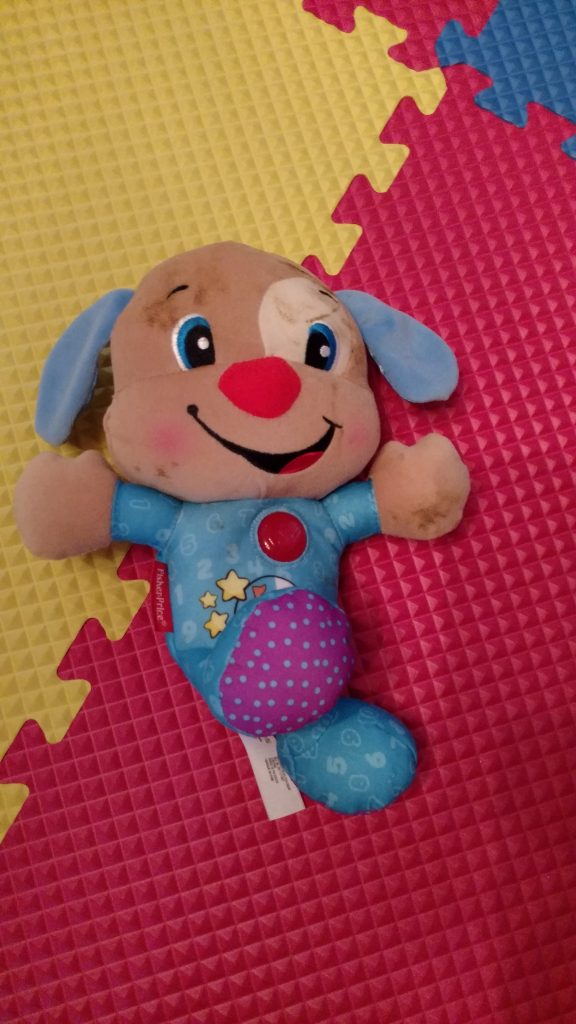 I thought I was going to barf. But I cleaned, 1 tile at a time. I’m so glad that we just put out all of their brand new toys they got from Christmas. <–I hope my sarcasm comes through here. Anyone know how to wash toys that have a sound box in them??? Guess I’ll be doing some searching on the internet for that…

Have kids they say. It’ll be fun they say. Then you end up cleaning shit off the floor.

Bring wine. Lots of it.

*This post isn’t REALLY sponsored by Clorox Wipes….but it should be!