It has been 5 long months since I’ve posted anything. It’s not that I haven’t wanted to, but there has been SO much going on in our lives that I’ve had to push this to the back burner. I don’t like it, but it is what had to be done. A few things have happened. The very first thing is that I signed up to be a LuLaRoe consultant/retailer. That happened at the end of October and then we magically sold our house. So we were in a mad rush to find a new place to live. Our intention was to eventually buy a family member’s house in the spring time but she decided she wanted to move out right away. We literally moved into her house on Saturday, December 3rd and my husband was scheduled for hip surgery on December 5th. Then our sale fell through because the buyer’s buyer had some issues. Ugh. It was so stressful. We should never have moved but we were under a time constraint with the hip surgery happening. So we had to clean the new house and move and unpack all in one weekend so we could get ready for Kevin’s surgery. The surgery went really well and the winter was long (there was SO. MUCH. SNOW. that I had to remove from BOTH houses!) Spring came around and updates to the house weren’t done. We had a very disappointing experience. Our house finally sold and we closed in April. We were having a really hard time living in the family member’s house because it wasn’t what we had expected. And things weren’t done that we were told were going to get done. So we started looking at other houses. We needed to find something that was more ‘turn-key’ – we don’t have the time with 2 little kids to update and remodel a home. We were also kicked out of the family member’s house because we decided not to buy it, so we had limited time before we were going to be a homeless family of 4!

We found this amazing house after seeing a bazillion houses. 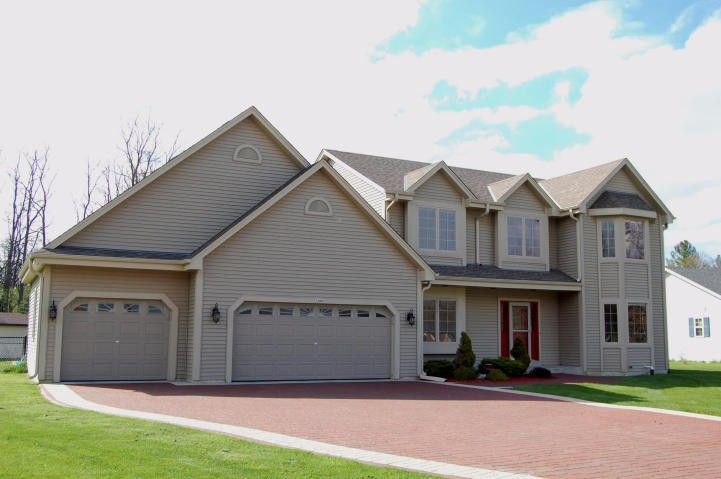 So – we close on June 8th and that is what I have been doing lately. More to come later!