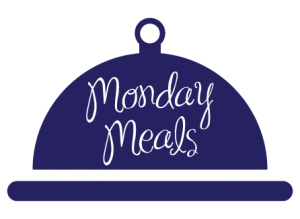 We got a little off schedule last week due to a teething kiddo, but we only skipped 1 night and just had leftovers instead. We’re still eating tons of leftovers this weekend and we had ordered some pizzas from our cousin’s son that happened to be delivered on a day that pizza sounded awesome, so we indulged in one of them today. This week is another super busy week, something going on every single night until Friday so we’re going for super fast, easy to make meals.

Monday –  Creamy Broccoli Soup – I’ll be using Broccoli and Cauliflower in this super easy recipe
Tuesday – Shells & Cheese with Turkey dogs and zucchini – basically a throw back night, to my childhood and college years. LOL!
Wednesday – My husband is making these things called Grundle Burgers. It’s basically ground beef with Velveeta Cheese and onions mixed together and put on hamburger bun halves and put under the broiler to cook.
Thursday – Leftovers for my husband and daughter because I have a work Christmas party to go to
Friday – Fish Fry because it’s been literally FOREVER since we’ve gotten one
Saturday – TBD
Sunday – Chicken Dumpling Soup – because Sundays are soup days!

Thanks to @milwaukeemoms and @monsterjam these kid